Since 2002 I have assisted the Indonesian Government with the modernization of the water legislation, especially the preparation of the different government regulations, which had to be established based on the new Water law of 2004.

2007:
– Remarks by the Draft Government Regulation about the Indonesian lowlands; report May 2007.
– Institutional aspects of the new Indonesian water legislation; presentation for the Indonesian delegation of the Semarang Pilot Polder Project, 12 June 2007.
– Outline Legal Framework for Flood Management in Indonesia; Contribution to the Action Plan Jakarta Flood Management, November 2007.
– The Legal Framework for Lowland Water Resources Management; report for the NLDS project, December 2007.

2016:
-The role of the legal framework in implementing water resources development projects during the second part of the 20th century; contribution to the book: “Irrigation Revisited, an anthology of Indonesian-Dutch cooperation 1965-2014; March 2016. DOWNLOAD PDF
– Water quality management and IWRM in Indonesia, institutional and legislative challenges; presentation study visit Indonesian environmental lawyers to The Netherlands, University of Leiden, 7 September 2016. 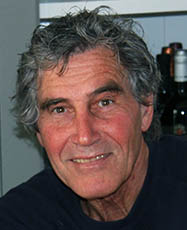